For many years conservatories have been a firm choice for homeowners who wanted to increase their living space at a relatively cheap cost.  However, the basic specification of many of these structures prevented them being utilised all year round and many have since become large storage cupboards as they are too expensive to heat in the winter and too hot to use in summer.

With the current pressures on finance and the need for growing families to increase their living space homeowners are now looking at replacing their tired and unused conservatory from ten or fifteen years ago with a room that offers the family extra space that can be used all year round.

However it is not just the structure itself that homeowners want to replace as many  are now looking at the design of the extension itself and want something very different from the standard conservatory box that has been added to thousands of properties over the last few decades. 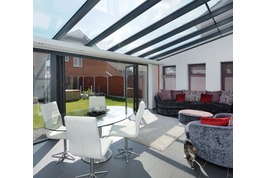 The glass room extension was born a few years ago with the introduction of folding sliding doors into the market and has become a very popular requirement for modern conservatories with it's large expanse of full height glazing, bifold doors and solar control glass roofs.

Last year we added the Livin Room to our range which offered a cross-over home extension between a conservatory and orangery. Livin Room provides a perimeter ceiling all round and the visual aesthetics similar to an orangery using brick piers and is proving very popular with our customers. 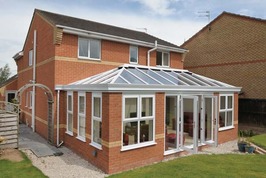 The new Ultraframe Loggia takes the design concept further by redefining the conservatory into a home extension with full height insulated columns, plastered walls, perimeter ceiling and Cornice gutter shroud makes your new living space a much more rigid structure with all the comfort of a year round permanent extension to your home. Loggia offers a variable specification of aluminium or upvc components that can be tailored to suit your budget and requirements whilst offering a thermally efficient and affordable home extension designed for the 21st century. 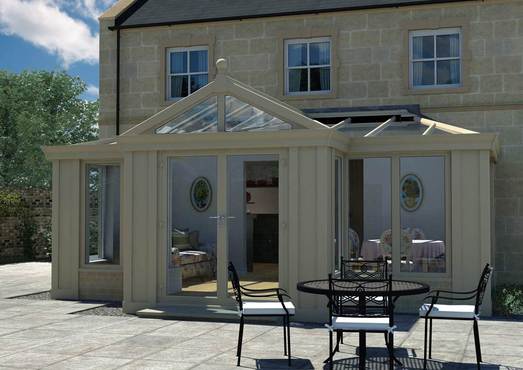 You may also wish to read...